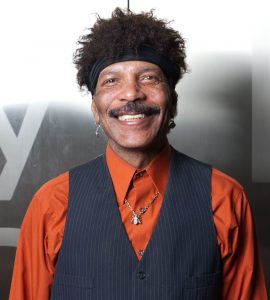 Rev. Carlos W. Anderson is an ordained New Thought/Universal Truth Minister and a Disciple of the Mystic Christ Mind Revelation of Christ Jesus. Though Rev. Anderson’s ordination was not through the Unity School for Ordination, his own ordination process and course of study was based deeply in the teachings of Unity and its philosophy and Truths and Principles. His foundation of studies would include focuses on the life, times, customs, rituals, Christ Mind revelations, miracles and God-made-flesh expression of Jesus of Nazareth as the embodiment of the Living Christ. In flying colors!

The teachings, the modeling, the miracles and the God-Consciousness of Jesus the Christ were accompanied, supported and deepened in their meaning, and their practical practice-ability, by studies of the Holy Scriptures as recorded in the King James Version of the Holy Bible; Metaphysical Interpretation of the Bible; the astounding work of the late Charles Fillmore, founder of Unity; Eric Butterworth; Unity and its teachings; the Science of Mind teachings; the work of the late Ernest Holmes and the teachings of A Course in Miracles, the Message of Jesus through His chosen scribe Helen.

Rev. Carlos found Unity in his late teenage years when his mom gave him a copy of Unity minister, speaker and author Eric Butterworth’s classic book, Discover the Power Within You. Rev. Carlos had found his kindred souls, his people of like mind and spirit. He vowed that he would move from Amherst, Massachusetts where his family was living, to Manhattan to be part of Butterworth’s thriving ministry at Avery Fisher Hall in Lincoln Center. He kept his word. He has been faithfully involved with Unity Churches and Centers ever since.

With his late partner Johnny Earl, Rev. Anderson and Mr. Earl were invited to present their “Carlos and Johnny” music and spoken word ministry to more than 50 Unity Churches and Centers throughout the country. And it was the Unity School of Ministry that financed and produced the first “Carlos and Johnny” album, How High Will You Fly? in the early 1980s.

Over the years Rev. Carlos has served as Choir Director and Platform Assistant to Rev. Alan Stanley at Unity on the Bay in Miami, Florida; as Associate Minister at Unity of New York in Manhattan, NY; and as principal Minister at Unity in the City in Brookline, Massachusetts. Currently Rev. Anderson has been with Unity of New York for over 20 years now and with Unity in the City for more than a dozen years.

Rev. Carlos is an accomplished artist and musician, as well as a gifted spiritual leader. You can find examples of his art in this online gallery: Art by Rev. Carlos W. Anderson.

His music is on iTunes (search for Carlos W. Anderson (Carlos & Johnny albums)

Talks/sermons and meditations over the years can be accessed through: